The first eyebrow dormers appeared on medieval thatch-roofed cottages, making their way to America in the second half of the 19th century on Queen Anne-style houses after being popularized by Boston architect Henry Hobson Richardson. Today, roof eyebrows can be found on many different types of homes, from post-modern beach homes to converted-garage guest cottages. They are most commonly found on the attic, although they’re sometimes incorporated into basements, garages and additions. Their designs, too, can vary from tall half-rounds to gentle “ocean waves” and geodesic domes. Construction is difficult, however, as most require tricky framing and roofing, as well as a custom-made sash. New England Slate thinks that eyebrow dormers are fantastic when they are used on a natural stone, slate roof. North Country Unfading Black roofing slate, single size widths and length used on the custom home below. 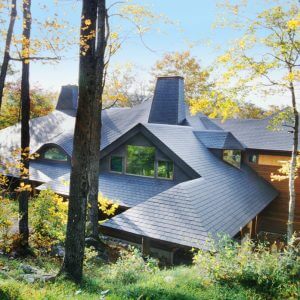 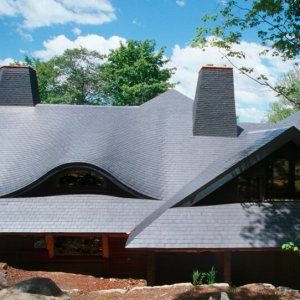 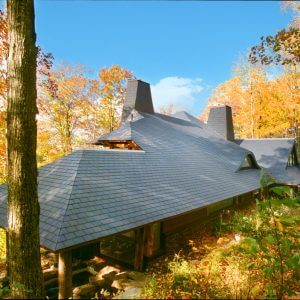